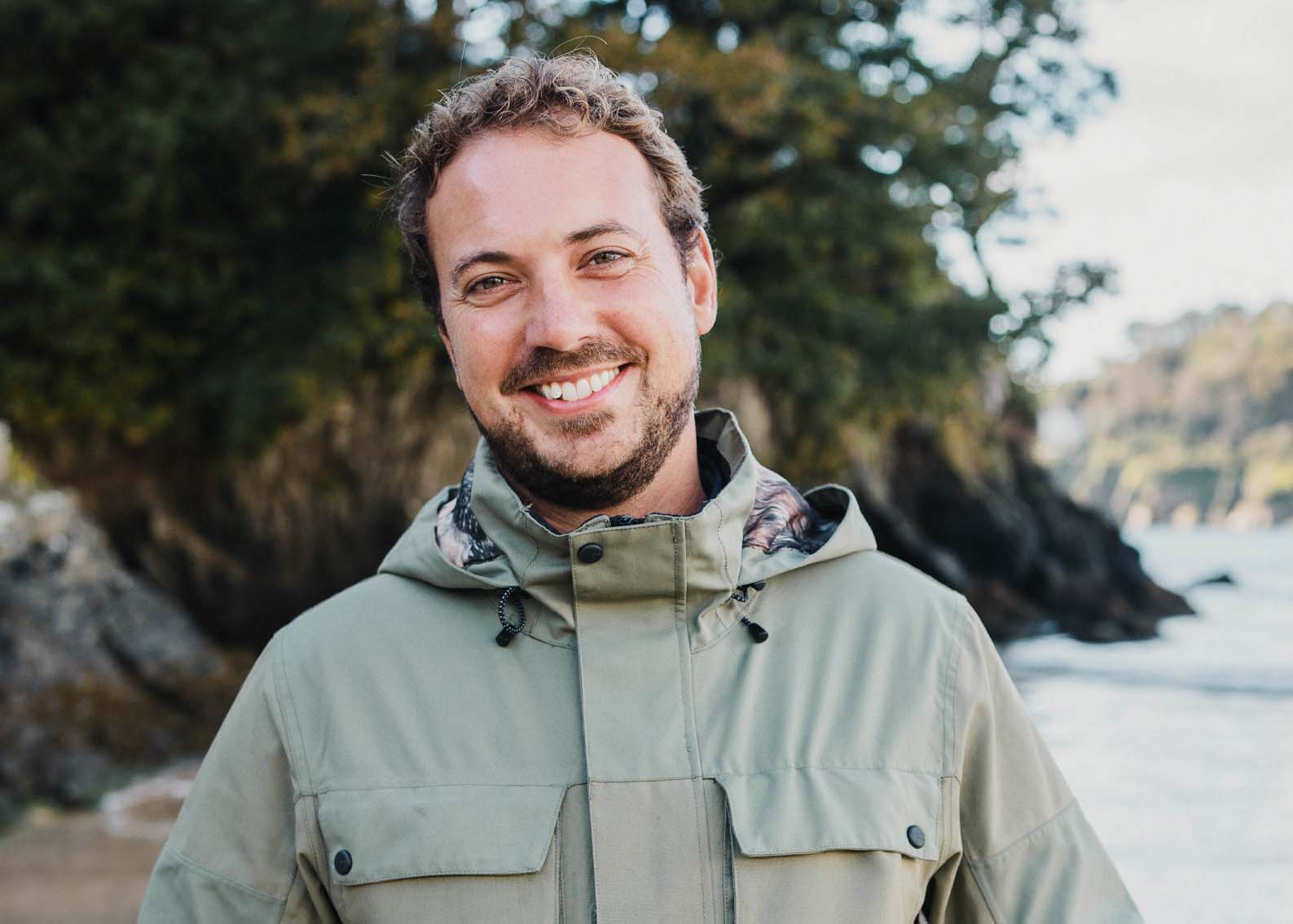 Today is Boss’s Day…so we thought we would introduce you to our founder Peter Morris, the creator of Lockabox. To let you into the world of Lockabox, we decided to do a Q+A all about Peter and his Lockabox journey!

What gave you the inspiration to create Lockabox?

“I had an issue with people at university stealing my food..actually it was my mates stealing the food and then lying about it! I looked around for something to solve the issue and was sure there would be a simple solution, but surprisingly there was nothing on the market…so I decided to create Lockabox”

What was your dream career before Lockabox?

What has been your biggest struggle with Lockabox?

“My biggest struggle has been getting the business to the point it is profitable and proving it was an idea worth pursuing! It was especially difficult when we had a failed launch and experienced business investors were telling me to walk away and that it was not uncommon for a start-up business to fail, as they are extremely risky. I am glad I listened to my gut and didn’t walk away”

“The biggest ongoing struggle for Lockabox is trying to predict the future and keep the momentum to achieve our true potential.”

So Peter, what has been your biggest success with Lockabox?

“My biggest success with Lockabox has been building both the business and product to the point it was ready to launch in the US market. It was amazing to launch in America and see all the success we have gained from the five years of development in the UK playout. We had prepared well and this showed, as we received almost as much positive feedback and customer uptake in the first 12-months alone than we’d seen in our UK and EU markets in 5-years! Almost overnight our business doubled and the US has continued to grow faster than any other marketplace.”

What is your proudest moment with Lockabox?

“My proudest moment with Lockabox is winning a deal with John Lewis at the beginning of the Lockabox journey. As a student with no business or retail background, it was a massive moment to walk into John Lewis HQ in London and come out with a deal the next day.

My first interview was meant to be with a buyer who I had been put in contact with through a mutual friend. After an hours wait an assistant buyer came out and said the buyer can only spare 15 minutes, start pitching. An hour and 45 minutes later…I was still sat with the buyers and they liked the product so much that instead of going through the normal buying process they wanted me to come back the next day. The next day I had to pitch to the senior buyers during the coffee break of their pre-scheduled quarterly meeting, lucky for me they loved the product and I came out with a deal to launch the product in all flagship John Lewis stores 10 months later!

This moment was also one of my biggest learnings, as even though it was an opportunity I couldn’t turn down, the time frame was almost impossible and this resulted in much of our initial struggle. However, in the long term this has turned out to be for the best, Lockabox has become much stronger as a brand due to the direct contact we have with consumers, on a global scale though online retailers such as Amazon. This has created a much wider opportunity and we are excited about what the future holds”

What are your top tips for starting a business?

“Even if it doesn’t make sense on paper, if you believe in it do it because it may well make sense after time”- this is what happened with Lockabox it never made sense on paper however we now have a profitable and scalable business model that works! On the other hand – if you don’t really believe or have a burning desire, don’t go near it as there will be many hurdles on the way, which never truly end. This is also part of the achievement.

Do your research – even if at times this can feel boring (especially to creatives and inventors like us), it is so important to iron out some of the endeavours that waste time and although it may not change your path it will definitely speed up the process. Market research your competitors, the marketplace, market value, potential market share, and being reasonable (modest, even pessimistic!) with your projections is invaluable.

Talk to people – don’t be afraid to get people’s insights and their ideas – get out there and network, it is surprising how inspiring other people’s perspectives are, even if their feedback isn’t what you want to hear (this is probably what you need to hear!)

Don’t succumb to the negativity around you – you will need to be able to deal with people having negative opinions and negative connotations towards your business, it is a reality that you must prepare for! Having the ability to deal with this negativity is highly beneficial, believe in yourself and your business”

“One of my best friends Matt who started a business at around the same time as Lockabox and is thriving in the growth and culture area of his business and his business understanding is so much more advanced because of it. His growth is one that I hope Lockabox will emulate in the future or even surpass (laughing)!

I also have huge admiration for Lockabox’s group of senior investors who advise me and the business every month. They are a key part to the business, as they pass on their vast knowledge and market experience from their inspiring careers.”

If you could tell yourself one thing at the beginning of your Lockabox journey what would it be?

“If you weigh it all up too much you probably won’t do it – if you overthink it you will find more negatives than positives – trust your gut and ambition and step into the unknown!”

What are you most looking forward to with Lockabox?

“The product and the concept gaining validation from the wider marketplace (also the non-believers!), allowing all of the effort and the commitment of both myself and the investors to be recognised. I feel this would be a great way of thanking the investors for believing in us at such an early stage.”

Where can you be found when you are not at Lockabox HQ?

“Down in Cornwall or here in the South Hams surfing. We are lucky that Lockabox HQ is based so close to the sea”

Finally…What would you put in your Lockabox?

“In the office – all the stationary that I don’t want the rest of the team to walk off with!

At home – to keep my wine hidden away from my girlfriend!”

We hope you enjoyed our Q+A with our founder Peter Morris – if you have anymore questions you would like to know – just let us know!

Our secret weapon is our patented clam-shell design (which gives the Lockabox its strength) combined with tough polycarbonate, and the best British manufacturing that doesn’t use glue and is BPA safe. 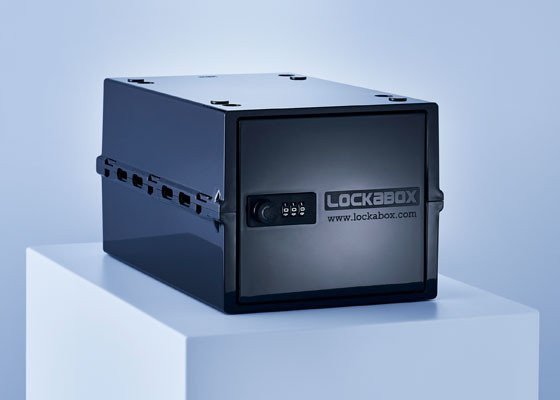 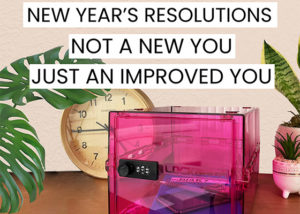 New year, not a new you! | New Year’s Resolutions 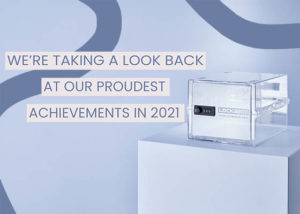 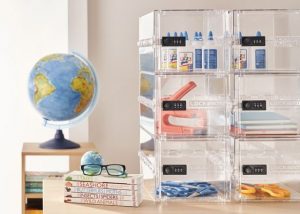 How our lockbox can establish a safer classroom