Lockabox™ was founded by Peter Morris in 2012. Initially conceived whilst in his student ‘digs’ at Southampton University he quickly realised there was a gap in the market for a new kind of lockable box.

Since then Lockabox has become an important addition to not only consumers within their homes but for businesses looking for a versatile and scalable storage solution.

With thousands of products sold worldwide and plans to expand the the range, the company is showing no signs of slowing down - this is the Lockabox Story. 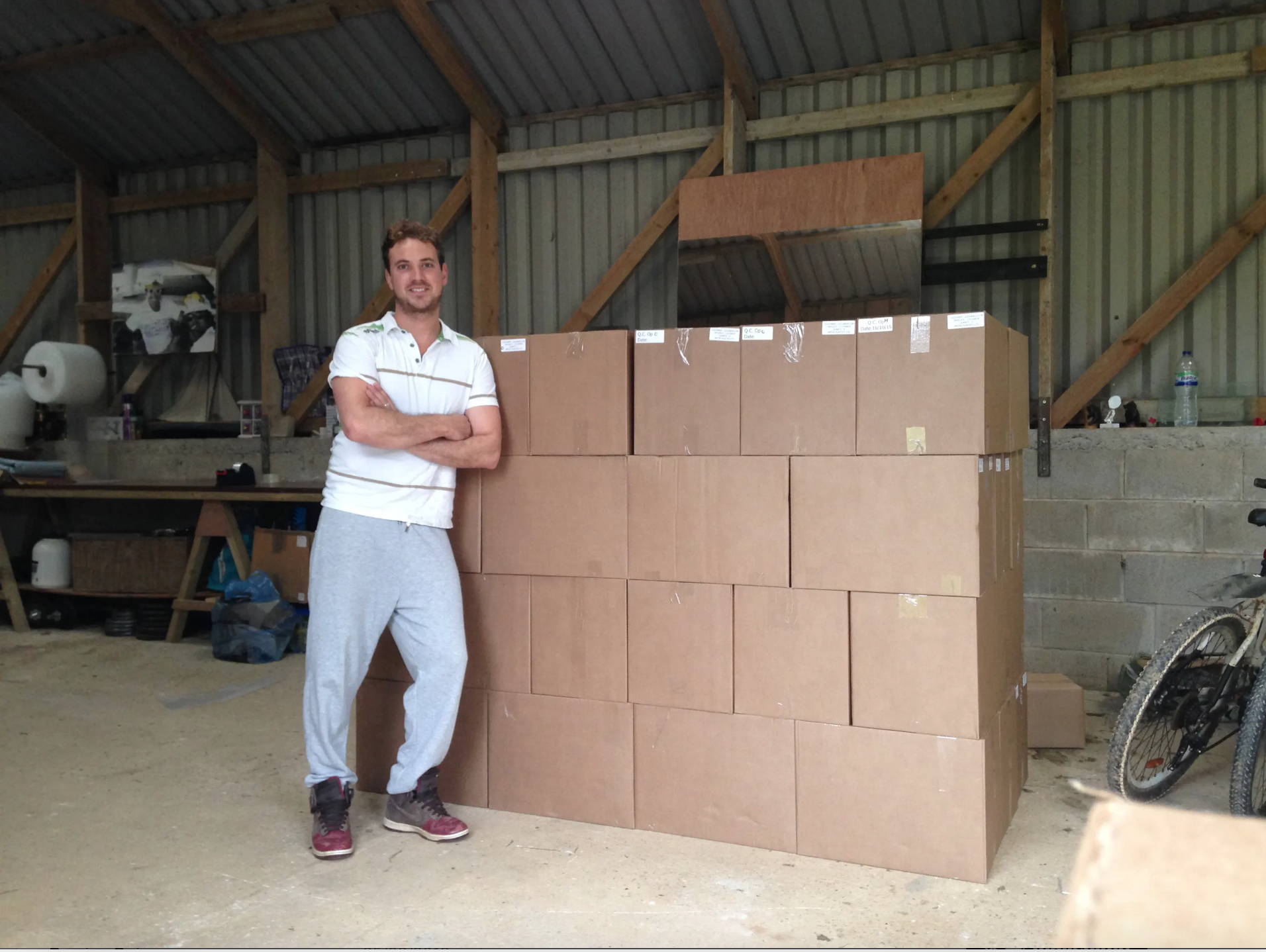 The idea and concept of Lockabox™ was conceived by Peter Morris in his student accommodation at Southampton University. Frustrated that there was not an existing system in place whereby you could manage and securely store your own food and personal belongings, he went ahead to find a small, hygienic lockable box only to realise that there was nothing available on the market. In his defiance he decided to take it upon himself to design a box that could fit the bill.

Over the next two years, Peter focused on the design of the box, making sure all the product features were refined and relevant, insuring its unique proposition on the market. Through a number of chance encounters he met a new contact who helped secure a meeting with John Lewis to pitch Lockabox. A very nervous young entrepreneur secured his first big contract, with an offer to launch at the ‘Back To School’ sales season in August 2015.

After securing the contract with John Lewis, it was a race against time to refine the design work, website and marketing material. The first Lockabox One™ was sold on the 15th August 2015 and for the first 6 months stored and shipped from Peter’s home.

Lockabox has always been produced in the UK and is a proud member of the Made in Britain Campaign. Quality and origin is a key attribute of our product and Lockabox is committed to building a valued reputation in the global marketplace with a firm foothold in its home country.

February 2016 Lockabox One launched on Amazon UK. This was a big turning point for the business, as sales quickly started to increase and so did the reviews. We soon realised that Lockabox was selling repeatedly into new sectors, one of the biggest findings was health and care. This early insight helped build the future of the brand.

2016 Lockabox won the South Devon Business awards and Peter won Entrepreneur of the year award. Also in 2016 Peter won Young Pioneer of the Year at the UK Manufacturing awards.

In late December, Lockabox One became a No1 Bestseller on Amazon in the category for Storage Lockers. Following 3 months of exceptional growth, Lockabox opened up channels in Europe, selling into Germany, France, Italy & Spain.

Lockabox One went from a self-assembly item to a ready to use product at the point of manufacture. This transitioned the business from a retail-only offering into a volume ready supplier for professional and trade environments. Lockabox is now a trusted storage and security solution for hundreds of healthcare businesses, schools and workplaces.

In 2017 Lockabox One™ expanded its range to include a selection of transparent and opaque colours. This gave people the option to choose based on preference or application and whether they wanted to store safe in plain sight or hidden from view.

March 2018 Lockabox established a board of senior investors from the technology, online retail and healthcare sectors. This involvement has helped guide the business growth and brand development, maintaining customer relations and high standards in manufacturing.

Lockabox is selling into high profile organisations such as the NHS, Royal Mail, Ocado, Cancer Research, HMIC, PWC and Anchor Health Care. The business reported record sales following ‘Black Friday’ deals, plus regular interest from businesses and consumers in the US, Europe, Australia and the Asia.

Since its conception over 6 years ago, Lockabox has gone from being a niche product for housemates to a trusted storage solution for professionals, businesses and families alike. Often quoted “How has this not been done before?”, Lockabox is an exciting young business born from a simple idea with sights on establishing a new category in the global plastic storage and organisation  marketplace. If you are interested in our products or you are a buyer and would would like to work with us, please use the links below.